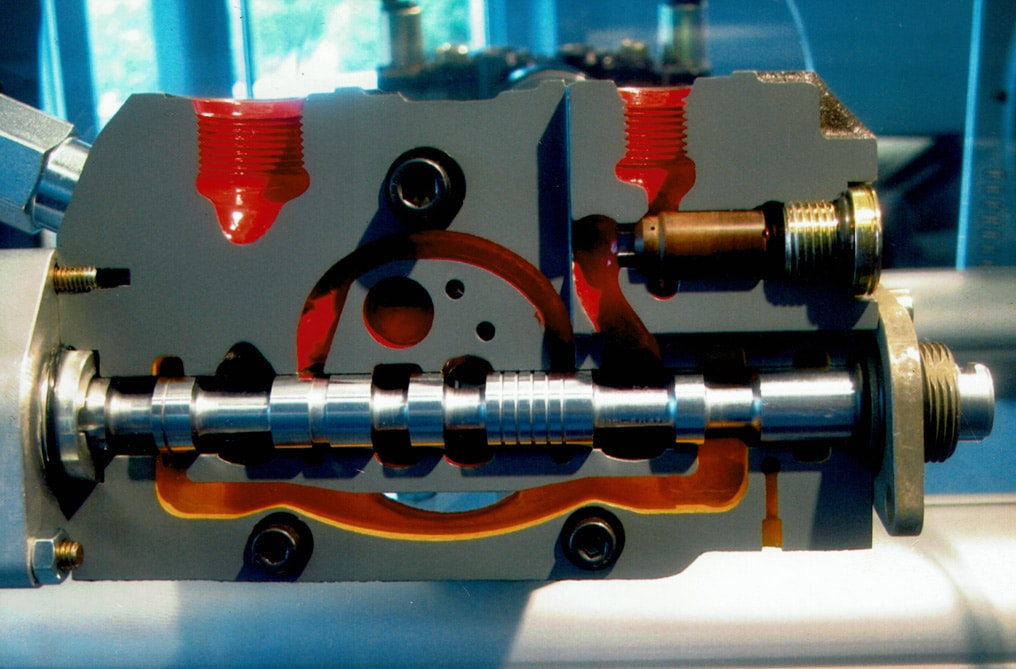 More and more equipment manufacturers are replacing metal with plastic for hydraulic poppets and spools. Aztec Plastic is at the forefront of engineering fluid power system components with Torlon and other industrial plastics and plastic resins.

Modern hydraulic power systems are designed to handle heavier loads and provide longer service lives. Although steel poppets and spools have been typically used in most fluid power systems, the higher pressures in modern systems are leading to leakage problems as a common occurrence. Traditional steel poppets and spools now limit the amount of operating pressure a hydraulic system can have, which restricts additional power and efficiency.

By using Torlon and other plastics in fluid power systems, machines have seen a drastic reduction in leakage problems. In addition, plastic hydraulic system components last longer. Because they are resistant to corrosion caused by water and weather, the plastic components can handle higher operating pressures compared to their metal counterparts. Plus, with Aztec’s machining capabilities, these plastic components deliver tighter tolerances.

“Torlon PAI lets us make poppets and spools that improve the operation of fluid power systems. Components made from Torlon are lighter than steel, so they have a quicker response. Also, because Torlon PAI has the ability to hold high pressures, the system’s performance increases.

“Our customers’ engineers are telling us that hydraulic poppets and spools made from Torlon are remaining leakless after more than one million cycles—that’s unheard of.  One customer completed a comprehensive test, took the poppet out, (the valve was spent), but that same poppet in a new valve and ran another 1 million test cycles with no problem.   Hydraulics of the future are going to be running at 5,000 psi of pressure, so that’s the test criteria. They’ve tested our poppets at 5,000 psi, and after 1 million cycles, they’re still leakless.”